The Handmaid’s Tale and its alert to women everywhere 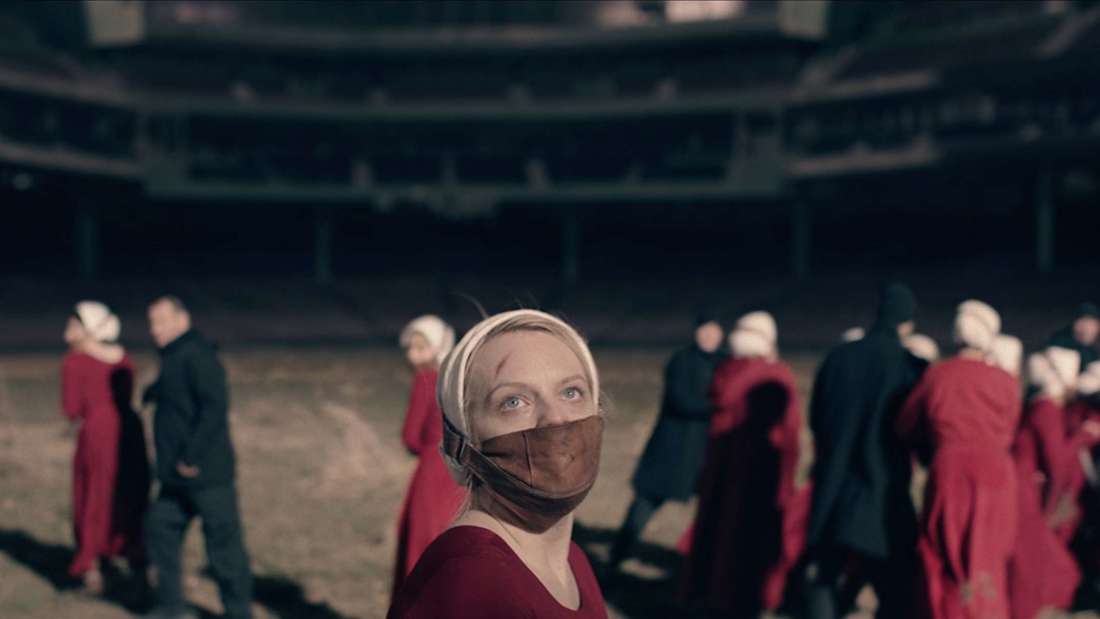 The Handmaid’s Tale is a 1985 novel written by Margaret Atwood set in a near dystopian future, where women have lost all their rights and most of them have become infertile. It approaches important topics such as feminism, human rights, equality and how far humankind could actually go to guarantee its own survival, even if it means hurting themselves. The author uses her story to bring light to women’s right and how nowadays society should not take that for granted. Since 2017, it has also become a TV production from Hulu and it has been recognized as one of the best dramas in recent television.

Both the novel and the TV show takes place in Gilead, a Christian theocratic government that insurgents after the fall of the United States. In this new reality, there are almost no children, since most of the women have become, for some unknown reason, infertile. That’s when we meet Offred, a fertile woman that is the protagonist and narrator of the story. She will be the one to guide the readers through Atwood’s world. When the story begins, Offred is already living in the Commander’s house as a handmaid, a function that gives women one and only objective in life: to bear a child. So everything in her life revolves around that task: what she eats, how she spends her days and even her name. Offred was an alias given to her by adopting the Commander’s prenomen, preceding it with “of”.

In fact, besides names, Handmaids do not own anything and their whole identities are stolen from them. Atwood’s novel tackles that issue by addressing how women’s conquers along the years can disappear in a heartbeat. Previous to the beginning of the story, Offred had a life that matched women’s lives in capitalists societies. She was married, had a daughter, worked in an office, and everything changed as soon as the Republic of Gilead emerged. As the new totalitarian regime considers women as second-degree citizens, exclusively the married ones from the elite, as the Commander’s wife, would continue to have some rights, but only as long as they would follow their husband’s paths. For the divorced, the single, the homosexual ones, they should all be stripped from their dignities and continue their living existence with only one of the two purposes: to procreate, if fertile, or to serve, if not.

This new reality endures many misfortunes for women, from restrictions of their basic rights and education to rape, female mutilation, and even honor killings. All happening with an excuse: perpetuating the species. Gilead treats the problem of infertility as somehow exclusively related to women and, as the fertile ones are identified, they soon become handmaids and are forced into sexual servitude to repopulate a devastated world. In the end, with the pretext of human perpetuation, all their freedom is lost, as women’s identities are erased to transform them into mere breeders.

But, all things considered, the most shocking aspect of Atwood’s novel is how close it strikes to North America’s nowadays society. The life that Offred remembers sounds a lot like 2018 and the rise of far-right governments all over the world helps to increase the feeling that anything like that can happen in the blink of an eye. In fact, Margaret Atwood says that everything that she writes in her book, originally published in 1985, has actually already happened (at some degree) in some part of the world. In a foreseeable future, one might wonder how close we really are from Gilead and how soon humanity will find out, through woman’s eyes, if society as we know today has failed.